A government frugality and transparency champion is commenting on those
matters. Choice Broadcasting LLC President Ray Gibson announced that Robert Klitzkie has
officially brought his popular radio talk show “Tall Tales” to KUSG-FM (93.3FM) during the
afternoons from 4-6PM.

Klitzkie, a former senator and Superior Court judge pro tem., recently addressed the monthly
Chamber of Commerce meeting with provocative speech: “I'm Not Running for Governor;
But If I Were...” Gibson said that putting “Tall Tales” on the air and streaming live on
Facebook adds an important outlet for public discussion during this important election season.

Jerry Roberts is a Sales and Training Master! Tune in weekday mornings at 7:15 for his daily feature on how to give your best and get the best from your most important asset - your people!

Sean Hannity currently serves as host of FOX News Channel's (FNC) Hannity (weekdays 9-10PM/ET). He joined the network in 1996 and is based in New York.

As one of the most prominent and influential conservative voices in the country, Hannity's program offers a mix of news, commentary, guest interviews and branded segments such as the "Great American Panel," which is comprised of three nightly in-studio panelists from across the political spectrum.

Throughout his career, Hannity has secured interviews with numerous key newsmakers and political figures, including then-President George W. Bush, then-Vice President Dick Cheney, Reverend Jesse Jackson and then-Speaker of the House Newt Gingrich and an exclusive interview with George Zimmerman. Previously, he co-hosted Hannity & Colmes with Alan Colmes for 12 years which was ranked as the second-highest rated program in cable news.

Known for his provocative style and free-wheeling, passionate commentary on politics and the American agenda, Hannity has become one of the most popular radio personalities nationwide. As host of Premiere Radio Networks' The Sean Hannity Show, syndicated to more than 500 stations and heard in all of the top 50 markets, he has a loyal listenership of 13.5 million. Hannity is currently ranked No. 2 in Talker Magazine's Top 100 Talk Host in America and was listed as No. 72 on Forbes' "Celebrity 100" list in 2013. In October 2003, Hannity received two NAB Marconi Radio Awards for Network Syndicated Personality of the Year and is a three-time consecutive winner of the Radio & Records National Talk Show Host of the Year Award.

Prior to his roles with WABC and FNC, Hannity hosted a radio talk show in Atlanta on WGST-AM and was a frequent substitute for fellow talk show host, Rush Limbaugh on WABC in New York. He is also the author of three New York Times bestsellers, "Let Freedom Ring: Winning the War of Liberty over Liberalism," "Deliver Us From Evil: Defeating Terrorism, Despotism, and Liberalism" and "Conservative Victory: Defeating Obama's Radical Agenda."

Coast To Coast with George Noory

George Noory, host of the nationally syndicated program Coast to Coast AM, says if he wasn’t a national radio talk show host, he’d be in politics. Heard by millions of listeners, Coast To Coast AM airs on more than 570 stations in North America.
While hosting The Nighthawk, a wildly successful, late-night program on KTRS in St. Louis, Noory was recruited by Premiere Networks to guest host on Coast to Coast AM with Art Bell. He became the permanent host of the phenomenally successful overnight program on January 1, 2003, following Bell’s retirement. Since then, Noory’s audience has continued to grow.
Noory captivates program listeners with his discussions of paranormal phenomena, time travel, alien abductions, conspiracies and all things curious and unexplained. He is driven, he has said, by the desire to solve the great mysteries of our time. From his first days as a radio broadcaster he says, “I’ve wanted to cover stories that the mainstream media never touch—the unusual, the paranormal and things like that. I learned that broadcast is the best business for exploring these issues, and I’ve been doing it for years.”
He dates his interest in these matters to a book by Walter Sullivan, We Are Not Alone, that his mother gave him when he was 13. He was hooked.

Prior to his late-night show on KTRS, Noory had an extensive broadcast career. He started in radio at WCAR-AM in Detroit, where his first-ever interview was with nuclear physicist and UFO expert Stanton Friedman. From 1974-1978, he served as news producer and executive news producer at WJBK-TV. At age 28, he became the youngest major market news director in the country at KMSP-TV in Minneapolis. Noory was also the director of news planning and development at KSTP-TV in Minneapolis, was news director at KSDK-TV in St. Louis and the recipient of three Emmy Awards while a news executive.
Noory released his first book in 2006. Worker In The Light: Unlock Your Five Senses And Liberate Your Limitless Potential, co-written by best-selling author William J. Birnes, is Noory’s revolutionary guide to spiritual enlightenment, human empowerment, ultimate productivity and absolute happiness. Noory and Birnes co-authored a follow up in 2009 entitled Journey to the Light, in which they present amazing first-hand accounts of how ordinary people changed their own lives, transcended their doubts and fears, and unlocked the secrets to their spiritual growth. In October 2011, Noory released his third book, Talking To The Dead. Co-written by Rosemary Ellen Guiley, a leading expert on the paranormal and supernatural, the book explores the colorful history and personalities behind spirit communications, weaving together spirituality, metaphysics, science and technology.  Noory, along with Richard Belzer and David Wayne, released "Someone is Hiding Something: What Happened to Malaysia Airlines Flight 370?" in February 2015. Scrutinizing the theories the media and politicians claim are the "most likely" reasons the plane crashed, they argue that if a year after a huge Boeing 777 has gone missing, and there’s still no sign of it whatsoever, it’s time to think outside the box.


In December 2012, GAIAM TV launched Beyond Belief with George Noory, a new TV show exploring the unknown and mysteries of the universe. The one-hour, weekly series features Noory’s informative, investigative and dynamic conversations, as well as some of his favorite guests from the radio program. Taped in front of a live audience at GAIAM studios in Boulder, Colo., Beyond Belief with George Noory is available exclusively on http://www.beyondbelief.com/.
Noory was born, raised and educated in Detroit. He has three children and six grandchildren. He served nine years in the U.S. Naval Reserve.
Coast to Coast AM is the most listened to overnight radio program in the country. 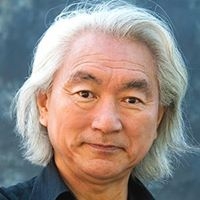 Dr. Michio Kaku is the host of Science Fantastic. He also is one of the world’s leading experts in theoretical physics, and according to New York Magazine, one of the “100 Smartest People in New York.” Listeners from all walks of life tune in to hear Dr. Kaku discuss today’s hottest and most relevant scientific/cultural topics covering everything from black holes and parallel universes to hip, provocative discussions on philosophy and the latest technology.

At any given moment he will quote not only Einstein, but Woody Allen, proving that Science Fantastic is not just for the science junky, but for anyone who has ever pondered the cosmic question of existence, as well as those interested in the latest technological trends and techno-gadgets. “People are curious about science despite unhappy experiences in school,” says Dr. Kaku. “We grind it out of them with dull rote-learning… We’re all born scientists until we hit junior high school.”

Dr. Kaku is the co-founder of string field theory, one of the main branches of string theory, the leading candidate for the unified field theory. Many in the scientific field call this “The new Copernican revolution.” His goal is to complete Einstein’s dream of a “Theory of Everything” to derive an equation, perhaps no more than one inch long, which will summarize all the physical laws of the universe.” Dr. Kaku explains, “The theory of everything is necessarily a theory of Creation, that is, it must explain everything from the origin of the big bang down to the lilies of the field.” 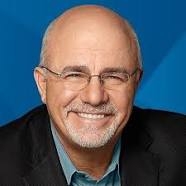 The Weekend with Joe Pags 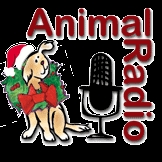 Fat Guys at the Movies

In the early 1970s, Kevin crawled from the primordial ooze in time to see all the Star Wars movies in the theater and enjoy all-night movie marathons though his formative years. He grew up watching movies to the point of irritation for his friends. He was a font of useless movie knowledge until he decided to put that knowledge to good use. He is now a professional film critic read worldwide, much to the chagrin of Michael Bay.

Kevin is the host for the Fat Guys at the Movies radio show, which is also heard on 50 stations around the country each week. Additional content from Kevin beyond the radio show comes in the form of the podcast Second Reel. Each week, Kevin also produces the Here’s the Deal weekly film reviews. In the past, Kevin also co-hosted New to Netflix, OSNAP! and The Idiot Boxers.


What's on your mind? Unlike those right-wing or left-liberal extremist shows, Free Talk Live is talk radio that ANYONE can take control of. Yes, even you. Free Talk Live is the next generation of issues-oriented talk. What is the meaning of freedom? This show is about Liberty with a capital L. Free Talk Live is an open phones panel discussion with a variety of hosts. The hosts serve as a check on each other and bring diverse viewpoints to the table, while still all being liberty-friendly. FTL airs live seven nights per week from 7-10pm Eastern from the epicenter of the liberty media capitol of the world - Keene, New Hampshire. Please check out some of the archives at the top of the page to get an idea of what this all means. Free Talk Live is an outreach project of the Shire Free Church.